The Considerations Before Judgement with Sue Ward 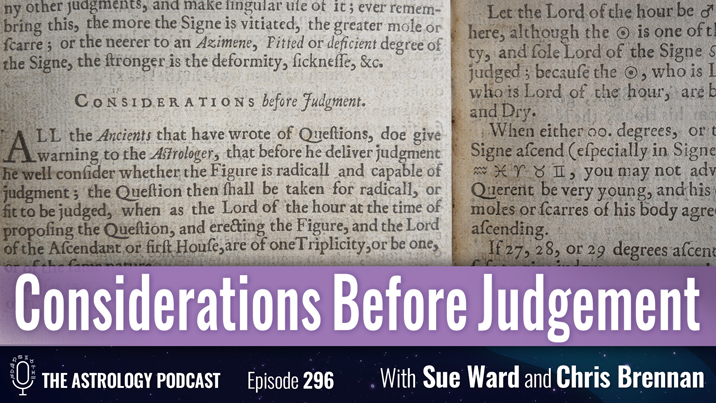 Episode 296 features an interview with astrologer Sue Ward about the considerations before judgement in horary astrology.

The considerations before judgement are a set of aphorisms that were first outlined in the 17th century by William Lilly in his book Christian Astrology.

Lilly introduces them as a set of considerations for answering horary questions and determining whether the question is “radical” or has a strong foundation.

The considerations were passed along in later authors, and by the mid-20th century became a set of “strictures” that were believed to indicate whether a horary chart could be read at all or should be rejected outright.

In the 1980s there was a revival of interest in the practice of horary astrology, and Lilly’s work in particular, due to the reprinting of Christian Astrology in 1985.

By 1992 some astrologers such as Maurice McCann noted that Lilly still read horary questions where one or more of the considerations were present, based on the chart examples in Christian Astrology.

This raised the question of what the considerations were really supposed to be used for, and what their value was in interpreting horary charts, if any.

Sue Ward wrote a series of influential articles on the considerations starting in 1992, in which she explored their purpose and presented a new take on their meaning.

During the course of this she made a number of discoveries, including a notable observation about the working definition of void of course that Lilly used in practice.

In this interview we set out to talk about Sue’s work on the considerations before judgement, and to try to place it within the historical context of the revival of traditional horary astrology in the 1980s and 90s.

You can find out more about Sue on her blog at:

This is a version of the show notes that Chris prepared prior to the interview.

Here is a bibliography of some of the works cited in this episode. Thanks to Philip Graves from the Astrolearn Astrology Library for his help with researching this episode and scanning some of Sue’s old articles.

Here are some images of the considerations before judgement as they appear in William Lilly, Christian Astrology (1647), pp. 121-123: 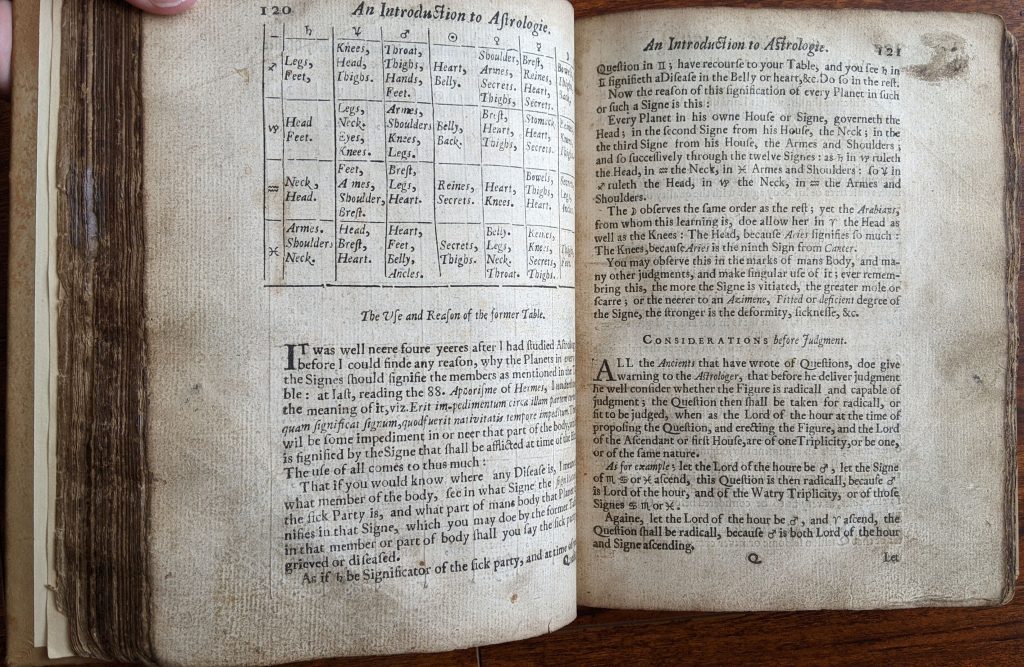 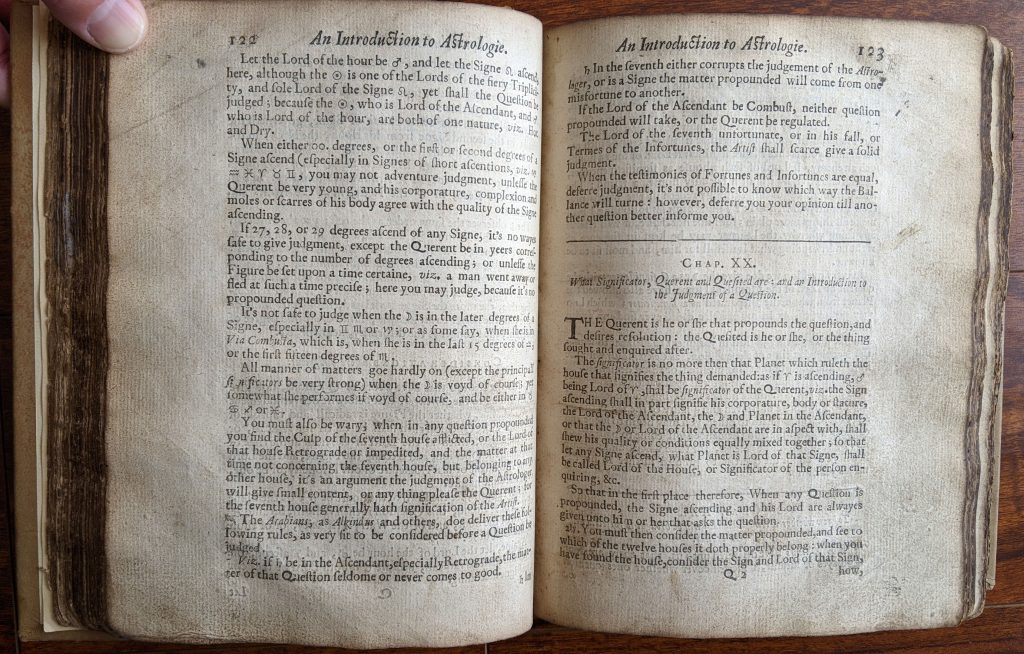 Update (4/6/2021): For more on the considerations see episode 298 titled Revisiting the Considerations Before Judgement in Horary Astrology.

Watch the video version of this episode on the considerations through YouTube: