Revisiting the Considerations Before Judgement in Horary Astrology 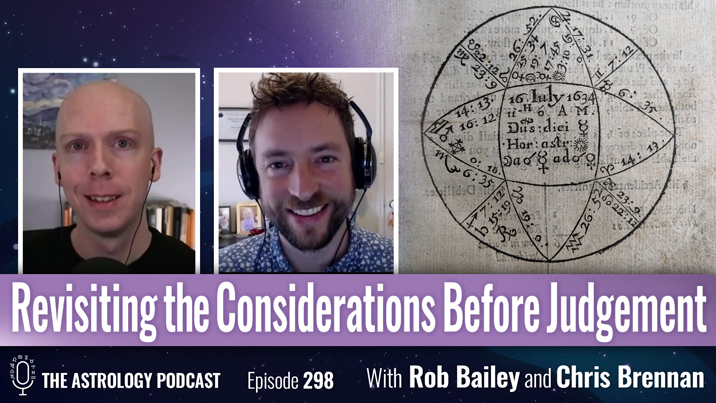 Episode 298 features a followup discussion with astrologer Rob Bailey about the considerations before judgement, and the role they play in horary astrology.

This is a followup to episode 296 where I talked with Sue Ward about the considerations before judgement in the work of the 17th century astrologer William Lilly.

Even though the episode with Sue was really comprehensive, I had done so much research into the considerations in preparation for that interview that I felt like there were still some additional things to be said.

So the next day after recording the interview with Sue I sat down and recorded a discussion with Rob, which was originally going to be a bonus episode of the Casual Astrology Podcast only available to patrons, but it went so well that I decided to release it to the public.

The discussion with Rob ended up being a pretty wide-ranging two-hour discussion where we start by talking about an actual horary chart that Rob cast for Leisa a couple of years ago, and how well it described the focus of the question.

We then used that to launch into an exploration of what the fundamental meaning of the considerations were in Lilly and other traditional astrologers, in establishing the rootedness or radicality of questions, and why this was important to some astrologers.

During the course of the discussion we touched on a number of other topics such as consultation charts or thought interpretation, who were Lilly’s sources for some of the considerations, and whether you can use whole sign houses for horary.

We also spent a bit of time discussing Lilly’s lesser known second treatment of the considerations, which appears later in book 2 of Christian Astrology combined with a set of aphorisms, and the relationship between considerations and aphorisms.

Here are some images of the 43 aphorisms that Lilly gives later in Christian Astrology when he reiterates some of the considerations before judgement and mixes them in with other aphorisms for judging horary questions. 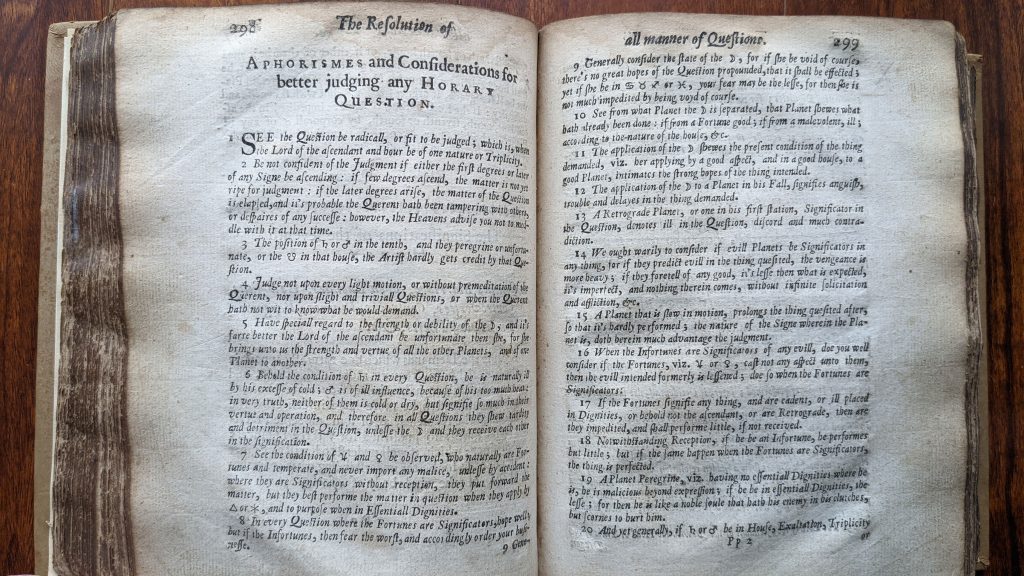 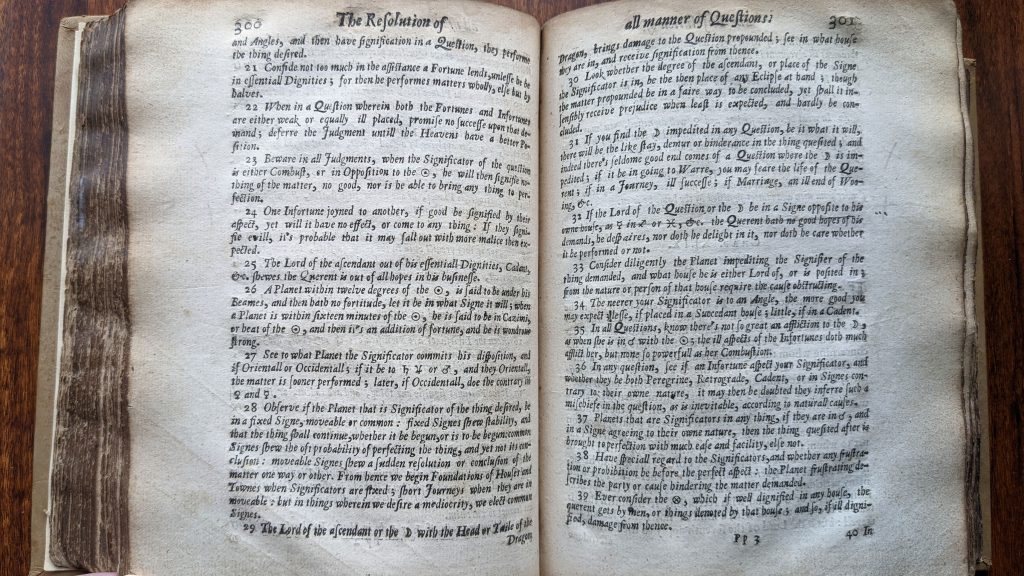 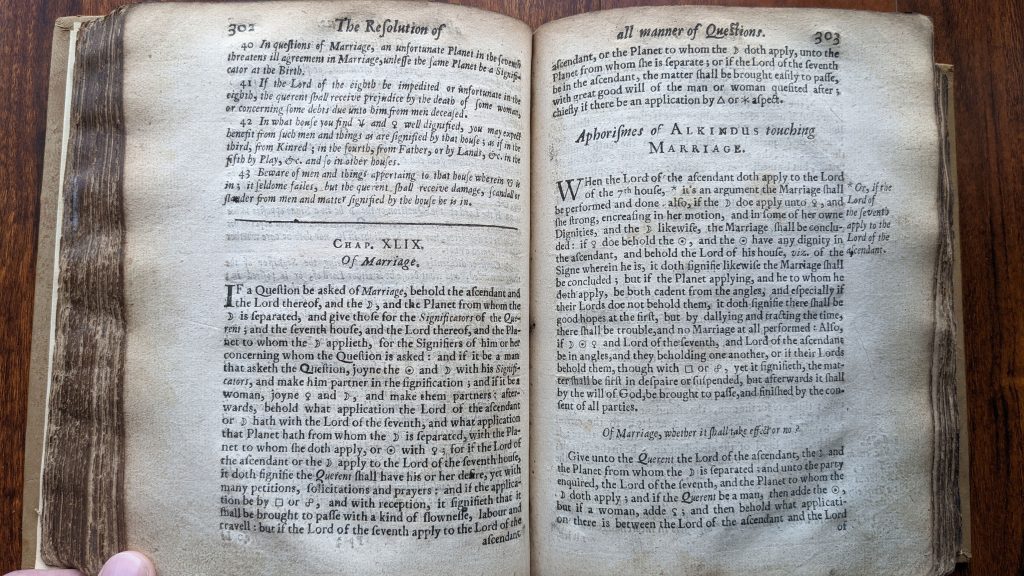 Please see the image gallery in episode 296 for the original set of considerations before judgement from earlier in Christian Astrology.

Watch the video version of this episode on the considerations through YouTube: