Defining the Void of Course Moon 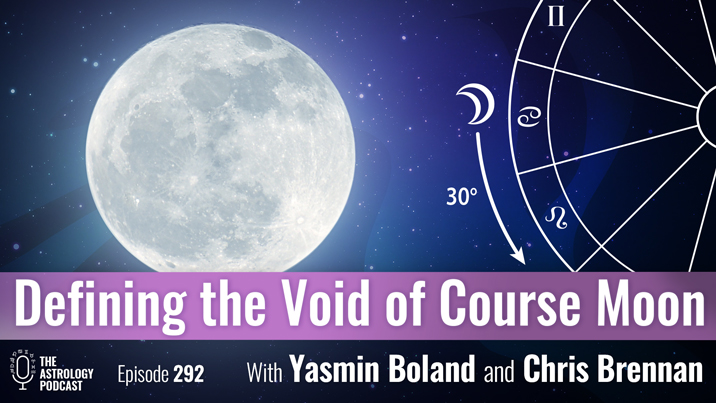 Episode 292 features a discussion between astrologers Yasmin Boland and Chris Brennan about the three different ways of defining what it means for the Moon to be void of course in astrology.

This discussion is largely based on definition of void of course that I wrote for The Astrology Dictionary back in 2012, where I noted that there are three different ways that the Moon is defined as being void of course in the western astrological tradition.

Yasmin specializes in the astrology of the Moon in particular, and wrote a popular astrology book in 2016 titled Moonology, and asked to record a discussion with me about the different ways that void of course is defined.

I agreed as long as I could also release it as an episode of The Astrology Podcast, and it ended up being a pretty good discussion not just about the void of course Moon, but also the transmission of astrology and how astrologers define and receive different concepts.

You can find out more about Yasmin on her website:

Watch the Video Version of This Episode on Void of Course

Watch the video version of this episode on the void of course Moon:

A full transcript of this episode is available: Episode 292 transcript