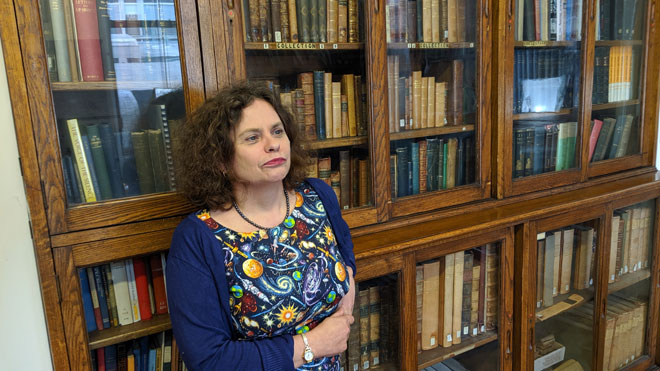 Episode 209 features an interview with Kim Farnell about her new book titled Modern Astrologers: The Lives of Alan and Bessie Leo.

Alan Leo (1860–1917) is often credited with helping to spur the revival and popularization of astrology in the west in the early 20th century, through his efforts to publish magazines, horoscopes, and books.

In 1915 Alan and his wife Bessie Leo (1858–1931) founded the Astrological Lodge of London, which still holds weekly astrology meetings in London every Monday.

Kim has been the President of the Lodge since 2008, and we met in the research library of the Theosophical Society to conduct this interview on June 12, 2019.

During the course of the interview we discussed how Alan and Bessie got into astrology, their efforts to promote the subject, and their impact on the field.

Kim’s book provides a detailed and insightful account of the practice of astrology around the turn of the 20th century, and I’d highly recommend checking it out.

The book is available through Amazon:

Modern Astrologers: The Lives of Alan and Bessie Leo on Amazon US

Modern Astrologers: The Lives of Alan and Bessie Leo on Amazon UK

Here are some previous episodes of the podcast that cover similar themes:

To help support the production of future episodes of the podcast, while getting benefits like early access to new episodes, become a patron through our page on Patreon.

Kim brought some original documents and books to the interview:

Here is the video version of my interview with Kim Farnell:

A full transcript of this episode is available: Episode 209 transcript