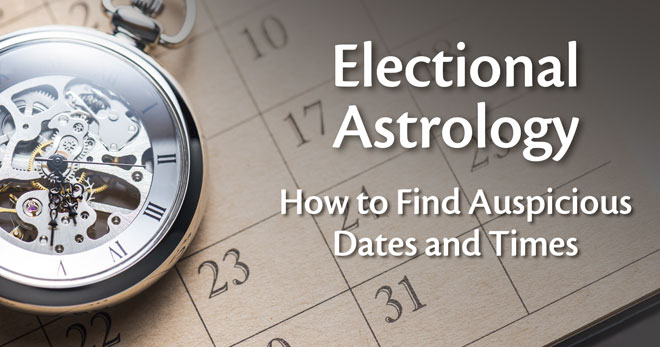 In episode 190 of the podcast astrologers Chris Brennan and Leisa Schaim provide an introduction to electional astrology, which is the application of astrology to find auspicious dates and times to begin new ventures and undertakings.

On the forecast episodes of the podcast we regularly feature an auspicious electional chart for the month ahead, but we realized recently that most listeners are not familiar with the rules of electional astrology, or how to use the charts we provide.

So we decided to do an entire episode on electional astrology, in order to provide a detailed introduction to the subject.

Since this is a big topic, the episode ended up being three hours long:

Some other resources on electional astrology mentioned in this episode:

What is Electional Astrology?

What Kinds of Things Can You Elect?

What Do You Do at the Electional Time?

Philosophical Views on the Difference Electing Can Make

The Ruler of the Ascendant

General Planetary Significator of the Election

A full transcript of this episode is available: Episode 190 transcript