Dorotheus of Sidon: A New Translation by Ben Dykes 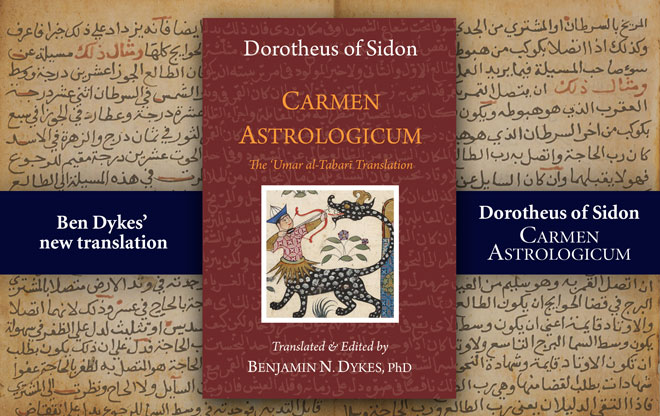 In episode 107 of the podcast astrologer Benjamin Dykes joins the show to talk about his new translation of the work of the 1st century astrologer Dorotheus of Sidon.

Dorotheus was a highly influential astrologer who lived in the Mediterranean region during the time of the Roman Empire, and he wrote one of the earliest surviving works on natal astrology and electional astrology.

Although Dorotheus’ text was originally written in Greek, the majority of it only survives in an Arabic translation that was produced in the 8th century, of which only two manuscripts survive. Ben recently translated this text from the Arabic, and has published it along with some useful commentary and fragments of Dorotheus’ work.

The book is now officially available for purchase from Ben’s website:

Here are some of the topics we touched on during the course of the episode:

A full transcript of this episode is available: Episode 107 transcript