The Transmission of Horoscopic Astrology to China & Japan 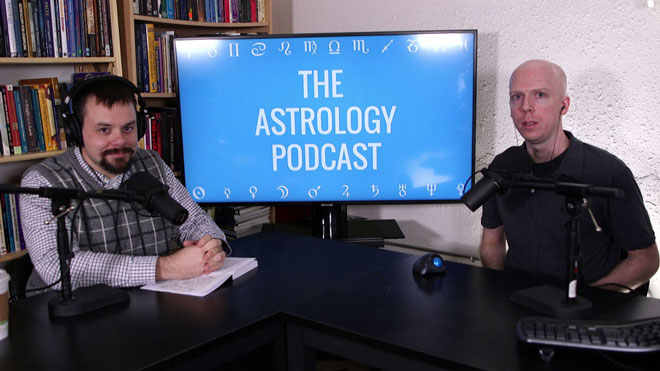 In episode 181 of the podcast Dr. Jeffrey Kotyk joins the show to talk about the practice of astrology in China in ancient times, and in particular the transmission of horoscopic astrology to China and Japan starting in the 9th century.

Jeffrey is an academic historian from Winnipeg, Canada, who specializes in the study of astrology in pre-modern Asia. He completed a PhD dissertation at Leiden University in 2017 titled Buddhist Astrology and Astral Magic in the Tang Dynasty.

A major part of his research has focused on investigating the transmission of horoscopic astrology to China and Japan starting in the 9th century. Horoscopic astrology or horoscopy here is defined as the type of astrology that uses the Ascendant and twelve houses, which was developed in the west around the 1st century BCE.

According to Jeffrey, the principal source of this transmission was the text of the Greco-Roman astrologer Dorotheus of Sidon, which was originally written in Greek in the late 1st century CE. Dorotheus was translated into Persian around the 3rd century, and then it was translated from Persian into Chinese around the year 800 CE.

During the course of our interview we discuss the origins of Chinese astrology, and how the indigenous form of mundane astrology developed there around the 2nd century BCE, and later came to be practiced alongside western natal astrology derived from Dorotheus.

Jeffrey recently wrote a concise overview of much of his research on this topic in a post on his blog titled Horoscopy in East Asia: Some Thoughts. You can read his dissertation and other academic papers he has written through his page on Archive.org.

Here is an outline of some of the main points we touched on in the episode:

A full transcript of this episode is available: Episode 181 transcript