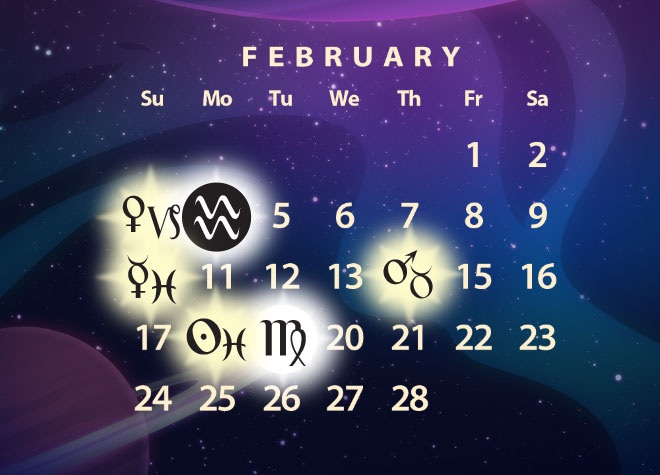 In episode 191 of the podcast astrologers Kelly Surtees, Austin Coppock, and Chris Brennan present an overview of the major astrological alignments happening in February of 2019.

The astrology of February features Venus ingressing into Capricorn and conjoining Saturn and Pluto, Mars conjoining Uranus one last time in Aries before departing for Taurus, and Mercury making the first of three conjunctions with Neptune as it slows down and prepares to station retrograde.

The episode opens with an hour-long chat where we touch on a few different topics such as the importance of astrological organizations in the community, tips for electional astrology, the gender disparity in the astrological community, and the confusion surrounding the animal totem for the zodiacal sign Cancer.

This episode is available in both audio and video versions, and links to both are below.

The Astrology of February

Here are some of the major astrological alignments for February:

There are a few more electional charts that we found for February, which are available in our private subscriber-only podcast on auspicious elections that was released yesterday.

Watch the Video Version of Our February Forecast