The Issue of House Division in Astrology 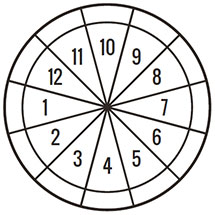 In this episode Chris and Kelly Surtees talk about the issue of house division in western astrology, and the range of different house systems that astrologers employ in practice.

The discussion was motivated by some recent threads in the Professional Astrologers group on Facebook, including a poll which showed that a surprising number of astrologers have switched to whole sign houses in the past few years.

During the course of the show we cover a variety of different topics related to the subject of house division, and the challenge of choosing which system of house division is right for you.

Here is a list of some of the topics discussed:

There is also a brief astrology news segment at the beginning of the show where I mention the death of Michael Baigent, who passed away in June.

A full transcript of this episode is available: Episode 8 transcript