The Relationship Between Hellenistic and Indian Astrology 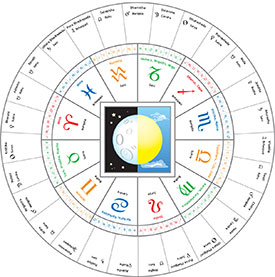 In this episode I talk with astrologer Kenneth Johnson about the relationship between Hellenistic and Indian astrology, and the transmission of astrological doctrines between the two traditions.

Kenneth has an M.A. in Eastern Studies from St. John’s College, where he focused on Classical Sanskrit, and has an extensive background in both Indian and western astrology. He is the author of a book on the nakshatras titled Mansions of the Moon: The Lost Zodiac of the Goddess.

You can find out more about Kenneth on his website, which is located at: KennethJohnsonAstrology.com.

During the course of the show we talk about the history of Indian astrology, and we discuss the somewhat controversial issue of the influence of Hellenistic astrology on the formulation of horoscopic astrology in India.

Here are the main topics that we discuss during the episode:

A full transcript of this episode is available: Episode 9 transcript