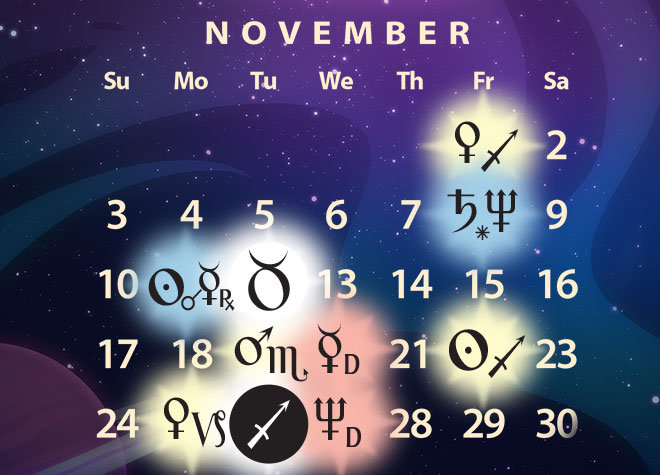 Episode 228 features astrologers Kelly Surtees, Austin Coppock, and Chris Brennan talking about the astrological forecast for November of 2019, which is the last full month of Jupiter transiting through Sagittarius.

November also features Mercury retrograde in Scorpio most of the month, an exact Saturn-Neptune sextile, and lunations in Taurus and Sagittarius.

After the forecast we talk about Austin and Kelly’s upcoming trip to Denver to record some episodes in person, Chris’ realization that the word “antithesis” is an almost perfect translation of the Greek word that was originally used to refer to what later became known as the sign of a planet’s “detriment”, what signifies the mind, and whether we are living in a simulated reality.

Our sponsor for November is the Honeycomb Collective Personal Astrological Almanac, which features customized natal transit planners for professional and student astrologers.

There are a four more electional charts that we found for November, which are available in our private subscriber-only podcast on auspicious elections that was released this week.

Watch the Video Version of Our November Astrology Forecast

Here is the video version of our November astrology forecast episode:

Listen to the Audio Version of Our November Forecast