Astrology Forecast and Elections for April 2016 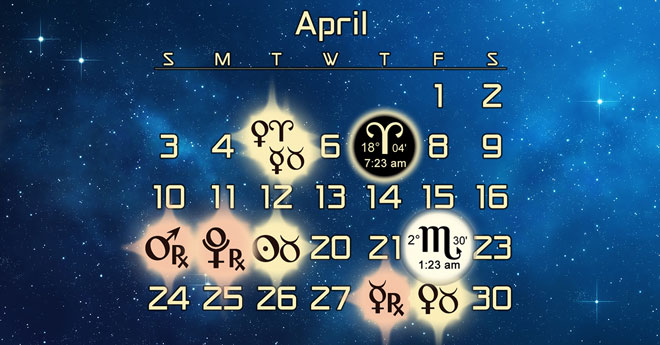 Episode 69 features a discussion with Kelly Surtees and Austin Coppock about the astrological forecast for April of 2016, as well as a segment on some of the most auspicious electional dates over the next few weeks.

The cover art for this episode is from the 2016 PlanetWatcher Astrology Calendar.

This month’s elections feature contributions from Leisa Schaim, who has been helping me with the electional column for TMA over the past few months while I’ve been working on my book.

These elections are set for Denver, Colorado, but you should be able to use approximately the same times after you have set them for your location, since they are set for local time. Just make sure that when you relocate the chart that it has the same rising sign and degree in your location as what is shown in the chart below.