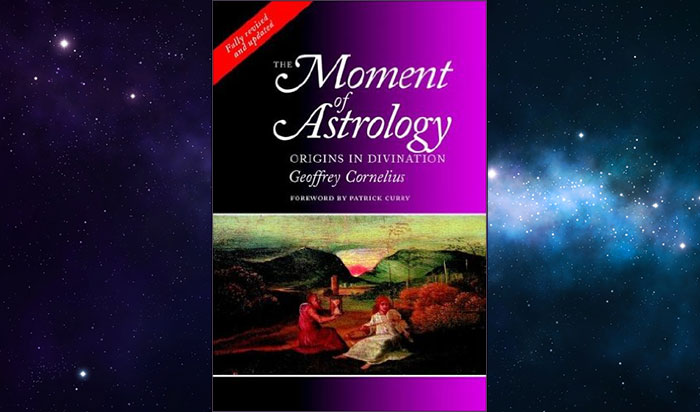 Geoffrey Cornelius on The Moment of Astrology 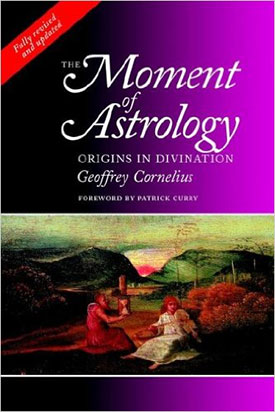 Episode 53 of the podcast features an interview with astrologer Geoffrey Cornelius about his book The Moment of Astrology: Origins in Divination.

The book was originally published in 1994, and over the past 21 years has become one of the most influential books on the philosophy of astrology in modern times. Rob Hand has called it “one of the most important astrological books of our time.”

In the introduction Cornelius states from the outset that the book is “a review and critique of the conceptual foundations of Western astrology.” He then introduces his central argument, which is that astrology is a form of divination:

“…the primary theme [of the book] is that the main body of astrology’s practice, and especially the interpretation of horoscopes, is properly to be understood as a form of divination.  It is divination despite all appearances of objectivity and natural law.  It is divination despite the fact that aspects of symbolism can be approached through scientific method, and despite the possibility that a few factors in horoscopy can arguably be validated by the appeal to science.”

During the course of this nearly 2-hour interview Geoffrey and I talk about the book, and go over some of the main arguments that he introduces in order to make his case for astrology as divination.

This ended up being such a sweeping interview that covered so many topics that I’m not even going to attempt to write out a full outline of everything we covered in the show, as I usually do, although here is a partial list of some of the issues we touched upon:

And many other topics.

Links to Books and Websites Mentioned

Here are links to some of the books and websites mentioned in the episode:

A full transcript of this episode is available here: Episode 53 transcript