Michel and Francoise Gauquelin and the Mars Effect 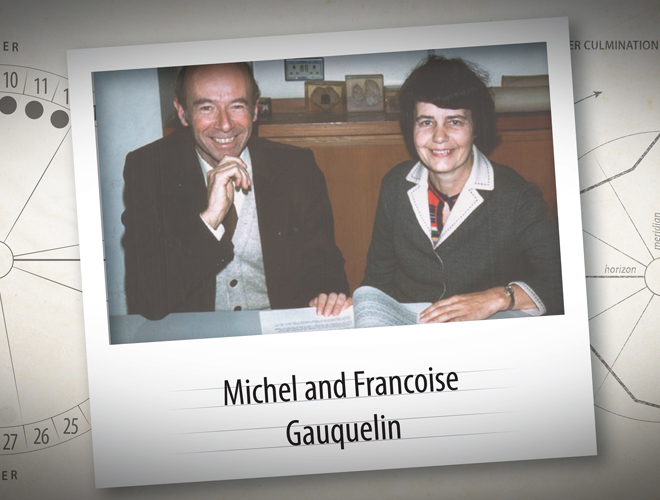 Episode 173 features an interview with Kenneth Irving about the work of Michel and Francoise Gauquelin, who conducted the largest statistical studies of timed birth charts in the 20th century, and claimed to have found scientific evidence for the validity of astrology.

Their most famous and controversial finding was known as the Mars Effect, where eminent athletes and sports champions were found to have the planet Mars around the Ascendant and Midheaven in their birth charts more frequently than chance would allow.

The Mars Effect became the subject of controversy when other scientific and skeptical groups successfully replicated the study, which led to debates over whether this indicated that some small piece of astrology might be valid, or whether the study was simply flawed.

Kenneth Irving co-authored a book on the subject with a professor named Suitbert Ertel in 1996 titled The Tenacious Mars Effect. You can find out more info about Ken on his websites Planetos.org and Wordsandthings.com.

Below you will find an extensive set of show notes containing the outline Chris prepared for the discussion, followed by links to download or stream the recording of this episode.

This episode is available in both an audio and a video version below.

Episode Outline: The Gauquelin Research and the Mars Effect

Some illustrations of the Mars Effect graphs, and where the plus zones or sectors fall:

Watch the Video Version of the Gauquelin Episode

A full transcript of this episode is available: Episode 173 transcript