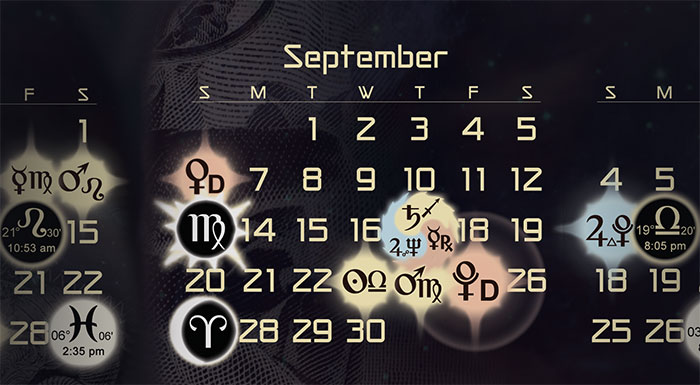 Astrology Forecast and Elections for September 2015 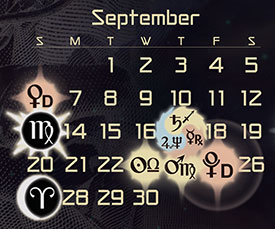 Kelly Surtees and Austin Coppock join the show to talk about the major astrological alignments for the month of September, as well as some of the most auspicious electional dates for the month.

During the course of the show we cover Saturn’s ingress into Sagittarius and departure from Scorpio, Venus stationing direct in Leo and ending her retrograde phase, Jupiter’s opposition with Neptune, eclipses in Virgo and Aries, and more.

The cover art for this episode is taken from the PlanetWatcher 2015 Astrological Calendar, which produced by astrologer Kirk Kahn.