Uranus in Astrology: Meaning and Significations 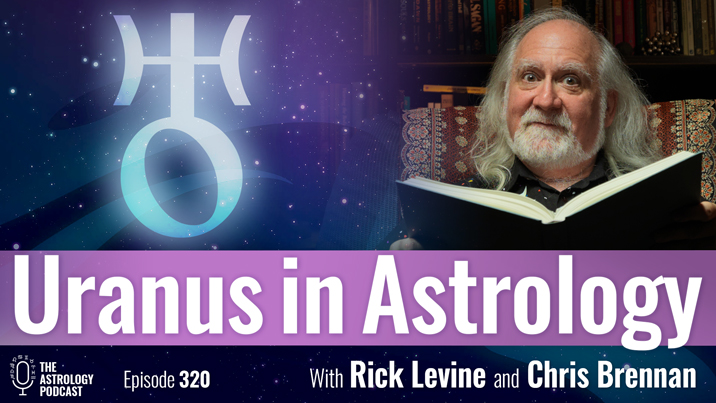 In episode 320 astrologer Rick Levine joins Chris in the studio to talk about the meaning of the planet Uranus in astrology, and what it signifies in a birth chart.

Uranus was first discovered on March 13, 1781, and within a century or so astrologers had worked out most of its meanings and incorporated it into astrology.

Since Uranus is the first outer planet in our series, we spend a bit of time in the beginning of the episode talking about how astrologers figured out the meaning of newly discovered planets.

One access point was understanding some of the events that happened around the same time as the discovery, such as the American Revolution, the French Revolution, the Industrial Revolution, and the culmination of the Enlightenment period.

Our first attempt to record this episode was cut short when the power went out about a minute into the recording. We released a separate outtake of that power outage on YouTube, and also included a brief clip from it at the end of this episode.

For more about Rick check out his YouTube channel:

Watch the Video Version of the Uranus Episode

You can watch the video version of our episode on Uranus here:

A full transcript of this episode is available: Episode 320 transcript