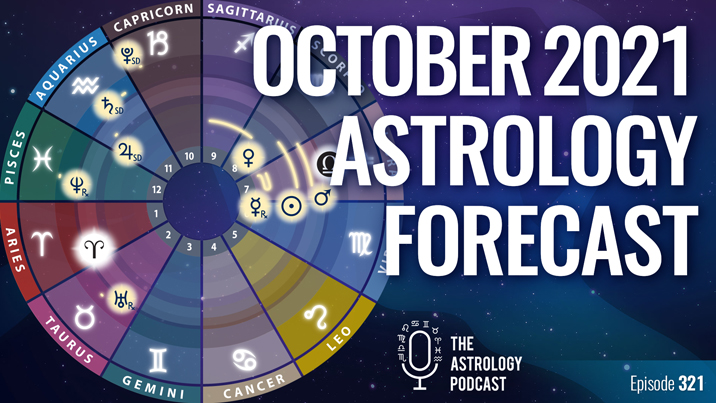 In episode 321 astrologers Kelly Surtees, Austin Coppock, and Chris Brennan look ahead at the astrology and planetary alignments for the month of October 2021.

The astrology of October features a Mercury retrograde in Libra, plus Saturn and Jupiter stationing direct in Aquarius, and a New Moon in Libra and Full Moon in Aries.

At the very end of the month Mars moves into Scorpio, beginning the climactic sequence that takes us into the end of the year.

Our sponsor this month is the Mountain Astrologer Magazine, which is a quarterly publication for students and professionals of astrology.

Chris forgot to mention this in the episode, but the auspicious date this month is:

There’s several other charts for October available in our electional astrology podcast.

Watch the Video Version of the October Forecast

A full transcript of this episode is available: Episode 321 transcript