Jupiter in Astrology: Meaning and Significations 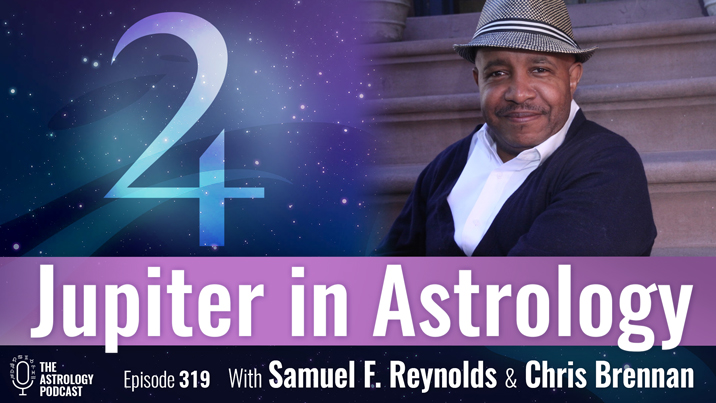 In episode 319 astrologer Samuel F. Reynolds joins the podcast to talk about the meaning of Jupiter in astrology, as part of our ongoing series on the significations of the planets in a birth chart.

Jupiter is said to rule the signs of Sagittarius in Pisces, have its detriment in the opposite signs of Gemini and Virgo, and to have its exaltation in Cancer and fall in Capricorn.

During the course of the episode we read through some passages from different ancient and modern astrologers in order to understand how Jupiter has been conceptualized in the astrological tradition, and use that as a jumping off point for further discussions.

Some of the different astrologers we read through during the course of the episode are Vettius Valens, Abu Ma’shar, William Lilly, Reinhold Ebertin, Steven Forrest, and Richard Tarnas.

Watch the Video Version of the Jupiter Episode

Watch the video version of this episode on the meaning of Jupiter:

A full transcript of this episode is available: Episode 319 transcript