The Relationship Between Astrology and Magic 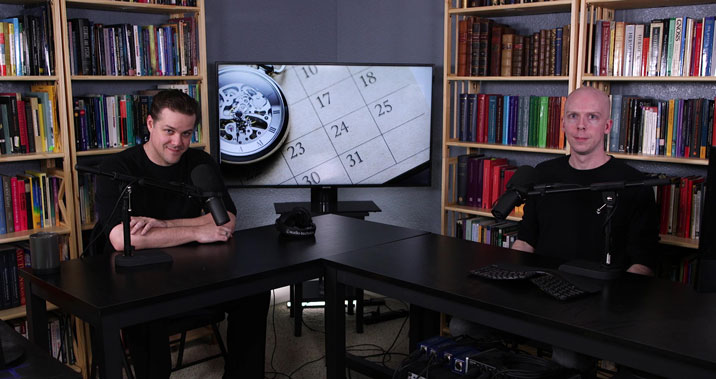 In episode 235 astrologers Austin Coppock and Chris Brennan discuss the relationship between astrology and magic, and some of the areas where they converge and diverge.

The premise behind this discussion is that there has been a dramatic rise in the practice of astrological magic over the past couple of years, especially among the younger generations of astrologers.

This has left some astrologers like myself in a bit of an awkward position though, since I don’t practice magic, and having not investigated it much myself I don’t really have strong feelings either for or against it.

I do feel like I have indirectly promoted it on The Astrology Podcast though by having discussions about it with different practitioners that are into it, as part of my general program to recognize and talk about the many different approaches to and perspectives on astrology.

Some past instances include my early interview with Christopher Warnock in episode 16 about Astrology, Magic, and The Occult, or the discussion that I had with Austin about his new compilation of papers on astrological magic when it came out in 2018.

I don’t necessarily think that one needs to believe in or practice magic in order to practice astrology though, since the two are kind of separate things, and yet I wondered if that distinction has become blurred a bit over the past few years.

In light of that, I’d been meaning to do an episode where I could talk through some of my own reservations, while balancing them out by talking to a proponent of astrological magic. I couldn’t think of anyone better to have that discussion with than Austin, since he has become one of the principal proponents of astrological magic in modern times.

This episode was recorded in my studio in Denver in late November, towards the end of Austin and Kelly’s trip here that month to record a series of podcast episodes.

When I pitched the idea to Austin early during his visit he was enthusiastic about doing the episode, and felt like it might be good to be able to talk about some of his own reservations regarding the sudden recent popularization of astrological magic as well.

So, we decided to sit down and record it on our day off on the Sunday that week when Kelly was off in Boulder giving a workshop. The end result was a pretty compelling and I think productive discussion, where we covered a lot of ground. Some of the topics we covered include:

Part of the purpose of the episode for me was to be able to explain where I’m at currently and air any reservations I have while talking through it with someone I respect, and then having done so I can feel better about going ahead and still doing other explorations of that topic on the podcast in the future, such as an episode on the Picatrix that I’m planning on doing with Christopher Warnock next month. I feel like I was able to do that with this episode, and I hope that it generates some other productive discussions in the future.

For more information about Austin and his work with astrological magic visit AustinCoppock.com and SphereAndSundry.com.

Here is the video version of our discussion about astrology and magic:

A full transcript of this episode is available: Episode 235 transcript