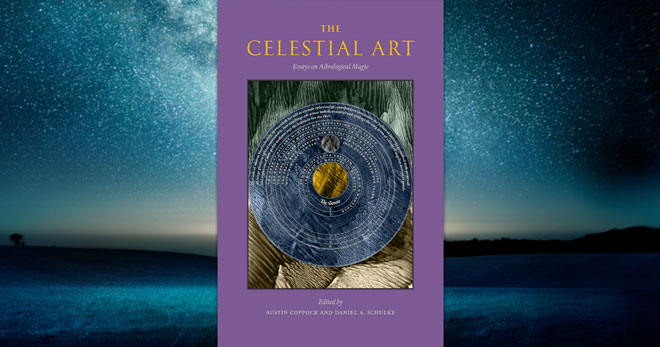 Episode 164 of the podcast features an interview with Austin Coppock about a new book he edited titled The Celestial Art: Essays on Astrological Magic.

The book is a compilation of essays on astrological magic by a number of notable astrologers, and it covers historical, philosophical, and technical issues related to the topic.

To order the book or learn more about it see:

The Celestial Art on Amazon

For special editions of the book check out the publisher’s website:

The Celestial Art on the Three Hand Press

Instead of trying to talk about each paper in the book individually, Austin and I decided to have a broader discussion about some of the topics raised by the book in general, and the different intersections between astrology and magic.

During the course of the show we ended up discussing the place of magic in the history of astrology, the relevance of electional astrology as perhaps the most magical branch of the tradition, the role of the Sabians of Harran in the Medieval transmission of astrology and magic through books like the Picatrix, and much more.

A full transcript of this episode is available: Episode 164 transcript

Listen to This Episode of the Podcast

Use the buttons below to either stream or download this episode: