The Recent Revival of Astrology in Romania 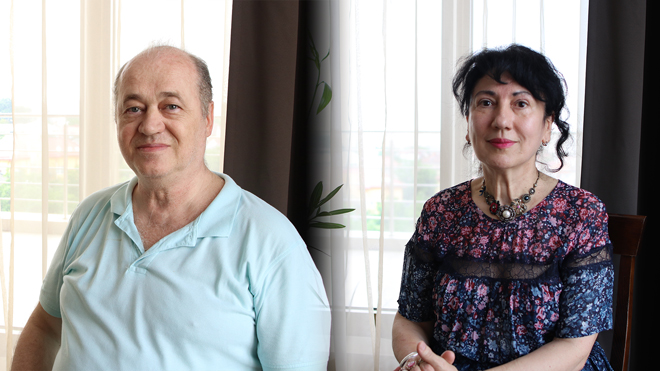 Episode 219 features two interviews with astrologers Firicel Ciarnau and Mihaela Dicu about the revival of astrology in Romania over the past 30 years after a period of suppression.

I traveled to Romania from June 6–10, 2019, to attend and speak at a conference that was hosted by the Romanian Astrologers Association.

On June 9 I conducted several interviews, and I already released the ones I did with some younger astrologers in episode 213 of the podcast.

I also had the opportunity to conduct two longer interviews with the founders of the organization, astrologers Firicel Ciarnau and Mihaela Dicu.

One of the things I learned about during my trip was the recent revival of astrology in Romania.

While there were a few astrology books published in Romanian in the early 20th century, around the time astrology was being revived in other western countries, this came to an abrupt halt when Romania was taken over by the communists after World War II.

The Soviet Union promoted atheism, and religion was prohibited. Astrology became outlawed in countries that were under Soviet control or influence, because it was seen as divination, superstition, or pseudoscience.

The suppression of astrology in Romania was particularly extreme, and not only the practicing of the subject was outlawed, but astrology books were confiscated and burned.

Despite this, some astrologers, such as Firicel and Mihaela began learning the subject in secret.

In 1989 the revolution occurred, and the communist regime was overthrown. Suddenly astrology was permissible again, and could be studied and practiced publicly.

Mihaela Dicu and Firicel Ciarnau were part of the first generation of astrologers who were able to practice astrology freely, and they helped to promote the revival of astrology in Romania after the revolution.

Firicel focused on making astrology a recognized occupation by the government, and both of them helped to found the Romanian Astrologers Association in 2004, which holds two conferences each year.

I wanted to interview both of them to help document some of this recent history.

Astrology goes through phases of acceptableness in society, and suppression of it happens from time to time, so it is important to remember and recognize those who help it to survive through hard times.

Thank you to Carmina-Adelina Amza for helping to translate the interviews live the day they were recorded, on June 9, 2019 in Craiova, Romania, and also for later making the transcripts and captioning.

Also thanks to Adrian Tarcan for help recording the audio versions of this episode.

Finally, thanks to the Romanian Astrologers Association for hosting me on my trip to Romania.  It was an amazing experience, and I look forward to returning again someday.

A full transcript of this episode is available: Episode 219 transcript