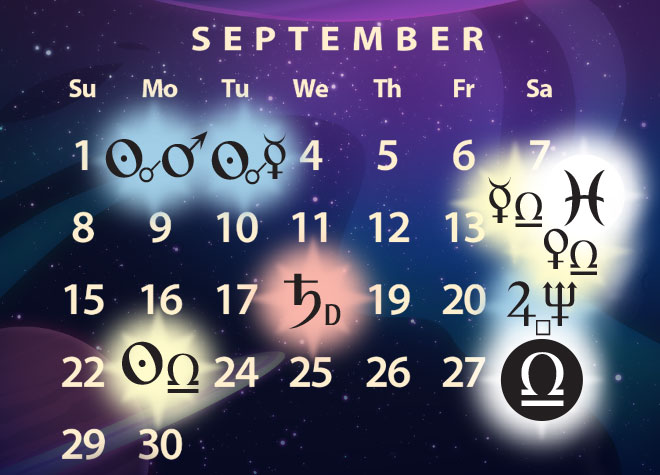 Episode 220 features an overview of the astrology of September 2019, with astrologers Kelly Surtees, Austin Coppock, and Chris Brennan.

The month opens with two conjunctions with the Sun by Mars and Mercury, and also features Saturn stationing direct in Capricorn, and the third and final square between Jupiter and Neptune.

There are a four more electional charts that we found for September, which are available in our private subscriber-only podcast on auspicious elections that was released last week.

Watch the Video Version of Our September Astrology Forecast

Here is the video version of our September astrology forecast episode:

Listen to the Audio Version of Our September Forecast