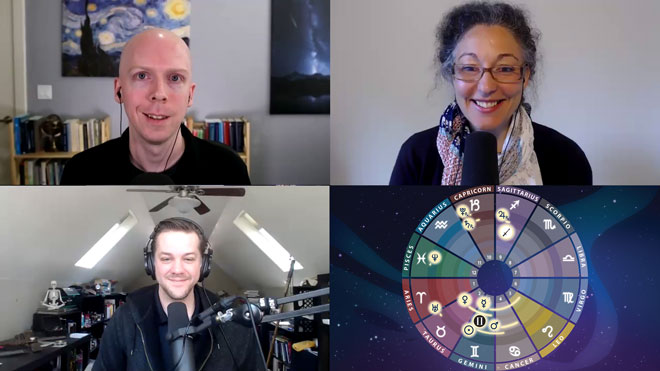 June features some of the most dynamic and tricky configurations of the year, with Mercury and Mars conjoining in Cancer, and opposing Saturn and Pluto in Capricorn.

We spend the first hour of the show recapping our experiences at the Northwest Astrological Conference, which we all just returned from the day before recording this episode.

Check the hashtag #NORWAC2019 for some good posts and coverage from the conference on Twitter.

Eventually we transition into talking about the forecast about 1 hour and 9 minutes into the recording.

Later in the episode we also present two auspicious electional charts for starting different types of ventures and undertakings this month, starting around 1 hour and 50 minutes into the recording.

For early access to new episodes and other bonus content like the ability to attend the live online recording of the next forecast episode, consider becoming a patron of the podcast:

The Astrology of June

Here are some of the highlights of June:

There are a four more electional charts that we found for June, which are available in our private subscriber-only podcast on auspicious elections that was released yesterday.

Watch the Video Version of Our June Astrology Forecast

Here is the video version of our June astrology forecast episode:

Listen to the Audio Version of Our June Forecast