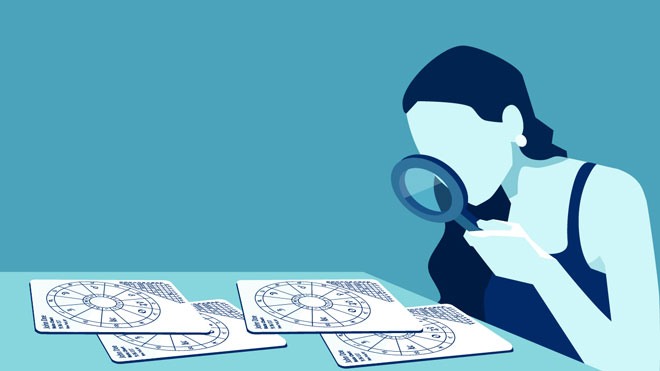 In episode 169 of the podcast astrologers Chris Brennan, Leisa Schaim, and Patrick Watson provide a detailed introduction to the topic of rectification, which is a procedure used to find a person’s birth time when it is otherwise unknown or uncertain.

Rectification is often regarded as one of the most difficult things to do in astrology, since it is essentially an investigative process that involves taking into account many variables.

It is also very important though, because having an accurate birth time is it is often crucial in order to use many techniques in astrology, ranging from simple ones like the twelve houses, to more elaborate timing techniques.

As a result of this, it may be necessary to employ rectification in some capacity when someone doesn’t know their birth time, or the recorded birth time is only approximate and needs to be fine-tuned.

Leisa and Patrick both do rectification work for clients on a regular basis, and you can find out more about their work here:

Chris is not currently doing consultations, but has a course on birth chart rectification where you can learn his approach.

Rectification is a pretty big topic, so we had a lot to cover, and this ended up being a long 3-hour episode. There is both an audio version and a video version of this episode available below. The audio quality on the audio version is better than the audio in the video version, but they are both the same in terms of content.

Watch the Video Version of This Episode of the Podcast

Here is the video version of our birth chart rectification episode:

A full transcript of this episode is available: Episode 169 transcript