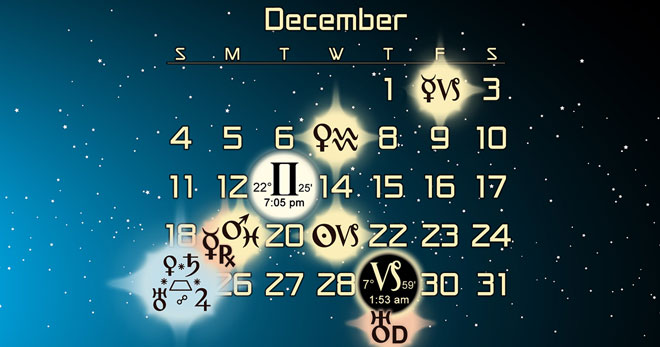 In episode 94 of the podcast Kelly Surtees and Austin Coppock join the show in order to talk about the astrology of December, as well as reflect on the results of the recent US presidential election.

Some of the highlights of the forecast portion of the episode include an extended discussion of the first Jupiter-Uranus opposition, the Mercury retrograde that begins on December 19, and the two lunations that occur in Gemini and Capricorn.

As always, the cover art for this episode is from the 2016 PlanetWatcher Astrology Calendar.

Winners of the October/November Giveaway Announced

Right at the top of the show we announce the winners of this month’s patreon giveaway prizes.

Thanks to our sponsors for supporting this month’s giveaway! If you would like a chance to win a prize in our next giveaway then just sign up to become a patron through our page on Patreon on the 5 or 10 dollar tier.