For this month’s drawing we will be giving away a pass to the upcoming NCGR astrology conference set to take place in Baltimore in February, as well a free copy of the software program for traditional astrology called Delphic Oracle.

All you have to do to enter for a chance to win the giveaway is sign up on our page on Patreon and become a patron on the $5 or $10 tier, and then you will automatically be entered into the drawing.

The winners of the drawing will be announced on episode 94 of the show, which should be released sometime later in October or November.

You can find out more information about the giveaway prizes and details below:

Prize for Patrons on the $5 Tier: Delphic Oracle Software Program

The winner of the October giveaway on the $5 tier will receive a free copy of the astrology software program called Delphic Oracle! 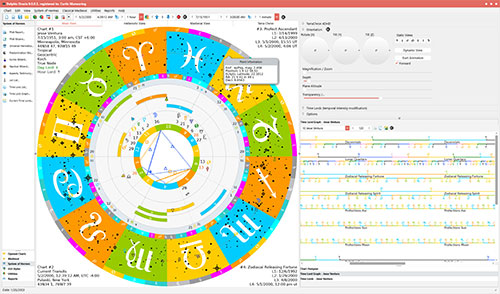 Delphic Oracle has been developed over the past 20 years as a software program that incorporates many of the techniques that have been recovered as a result of recent translations of ancient astrological texts. It excels in particular at timing techniques, and it is capable of calculating every Hellenistic time-lord system that is currently known from the Greco-Roman tradition of astrology. It also incorporates many Medieval and Renaissance techniques as well. It is the go-to program that astrologers such as Chris Brennan and Patrick Watson use for techniques such as zodiacal releasing and annual profections, and it has been instrumental in the further development of research into those techniques that has taken place over the past decade.

You can find more information about Delphic Oracle at www.astrology-x-files.com.

Prize for Patrons on the $10 Tier: NCGR 2017 Conference Pass

The grand prize for patrons on the $10 tier this month is a free pass to the upcoming conference that is being hosted by the National Council for Geocosmic Research! 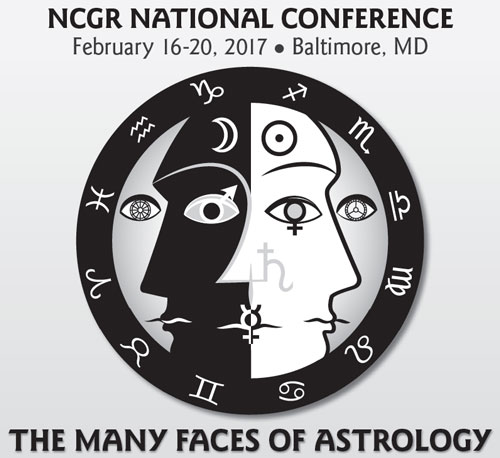 This is probably going to be the biggest conference event of 2017, and it is being held in Baltimore, Maryland from February 16-20, 2017.

The conference title is “The Many Faces of Astrology”, and the focus will be on the diversity of the astrological tradition.

The conference will feature over 60 speakers from around the world, speaking on 5 different tracks that will cover just about every facet of astrology that exists.

There will also be a number of pre- and post-conference workshops, many lunchtime learning sessions, a banquet, and much more.

It is truly going to be the conference event of the year, and many astrologers that have appeared on The Astrology Podcast will be attending and giving lectures there, including Chris Brennan, Kelly Surtees, Leisa Schaim, Demetra George, Ian Waisler, Christopher Renstrom, Rick Levine, and others.

You can find out more information about the conference at NCGRconference2017.com.

How to Enter the Giveaway

All you have to do to enter the giveaway is become a patron of The Astrology Podcast through our page on Patreon at the $5 or $10 tier. The monthly raffle is one of the perks that patrons receive for donating to support the show, in addition to the other bonuses.

On episode 94 of the show we will do a drawing and then announce the winners of this month’s giveaway.

The only restriction for patrons is that your max monthly pledge has to be set at either the same as or more than the amount equivalent to what funding four episodes would cost in a month on that tier (i.e. $20 on the $5 tier or $40 on the $10 tier). If you have the max pledge set to less than this then you would not be qualified to enter in to the drawing, although there is still time to adjust that if you would like to be entered in for a chance to win.

If you enjoy the show and listen to it frequently then please consider pledging your support through our page on Patreon to help with the production of future episodes of the podcast.

If you have any questions or comments please email Chris at astrologue@gmail.com.

Thanks to Delphic Oracle and NCGR2017 for sponsoring the show this month!