The Star of Bethlehem in Astrology 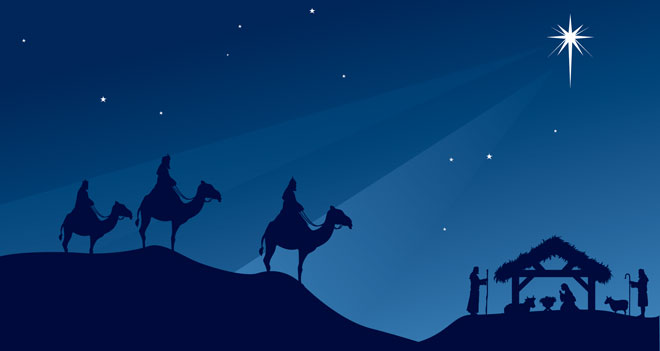 In episode 58 astrologer Kenneth Miller joins me to talk about the astrology surrounding the Star of Bethlehem and the birth chart of Jesus.

During the course of the show we talk about the history surrounding this topic, some of the different theories about what the Star of Bethlehem was, and try to explain some of the ways that astrologers and historians have approached the subject in the past.

The music featured in this episode is We Three Kings by John Henry Hopkins, Jr.

Below you will find the show notes and and extended synopsis of some of the topics that we covered during the course of the show, followed by links to listen to the recording of this episode of the podcast.

Analysis of the Story in Matthew

The Star of Bethlehem Story in Matthew

“In the time of King Herod, after Jesus was born in Bethlehem of Judea, wise men from the East came to Jerusalem, asking, “Where is the child who has been born king of the Jews? For we observed his star at its rising, and have come to pay him homage.” When King Herod heard this, he was frightened, and all Jerusalem with him; and calling together all the chief priests and scribes of the people, he inquired of them where the Messiah was to be born. They told him, “In Bethlehem of Judea; for so it has been written by the prophet: ‘And you Bethlehem, in the land of Judah, are by no means least among the rulers of Judah; for from you shall come a ruler who is to shepherd my people Israel. Then Herod secretly called for the wise men and learned from them the exact time when the star had appeared. Then he sent them to Bethlehem, saying, “Go and search diligently for the child; and when you have found him, bring me word so that I may also go and pay him homage.” When they had heard the king, they set out; and there, ahead of them, went the star that they had seen at its rising, until it stopped over the place where the child was. When they saw that the star had stopped, they were overwhelmed with joy. On entering the house, they saw the child with Mary his mother; and they knelt down and paid him homage. Then, opening their treasure chests, they offered him gifts of gold, frankincense, and myrrh. And having been warned in a dream not to return to Herod, they left for their own country by another road.”

Different Theories About What the Star of Bethlehem Was

A full transcript of this episode is available: Episode 58 transcript