Astrologer or Astrologist: What is the Preferred Designation? 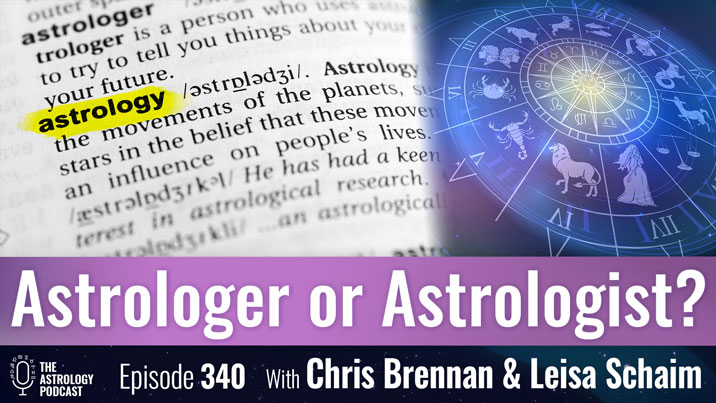 In episode 340 astrologers Chris Brennan and Leisa Schaim discuss whether the preferred designation for a practitioner of astrology is “astrologer” or “astrologist”, and why it is important.

The motivation for this discussion is that there seems to be some confusion among non-astrologers about what the preferred word is to use.

In general, the preferred designation is “astrologer”, and this is the word that is used and often strongly preferred by the vast majority of practitioners today.

During the course of the episode we review three informal polls that were done on social media that indicate that between 90–99% of astrologers prefer the term “astrologer” over “astrologist”.

Despite the overwhelming preference for the term astrologer, some social media sites such as Facebook, Instagram, and more recently Twitter have made it so that practitioners can only select the term “astrologist” when listing their profession.

Thus, part of the purpose of this discussion is to raise awareness about this issue among the general public.

This discussion is partially based on an article Chris wrote in 2014 titled Is it Astrologer or Astrologist?

A full transcript of this episode is available: Episode 340 transcript