Changing of the Gods: An Astrology Documentary Series 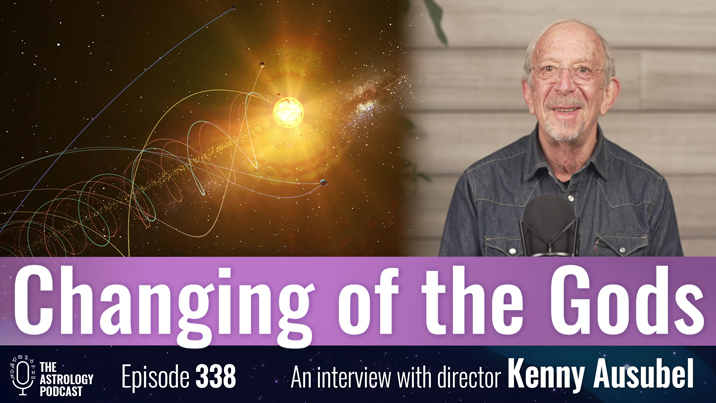 Episode 338 features an interview with Kenny Ausubel, director of a new astrology documentary series called Changing of the Gods.

Changing of the Gods is a 10-part series on astrology that is being released later this month, starting on February 22, 2022.

The series is based on the work of the astrologer Richard Tarnas, and his 2006 book Cosmos and Psyche.

The focus of the series is the cycle of Uranus and Pluto, and how the alignments of these two planets coincide with major world events and changes.

The series draws on Tarnas’ work in order to show how Uranus-Pluto alignments have coincided with historical events in the past, and then compares them with the most recent alignment, which was a square between 2007 and 2020.

Each episode focuses on different facets of how these alignments have manifested in different levels of society and culture.

During the course of the interview we talk about the production of the series, some of the topics covered, and what the overall vision and message of the series is.

Find out more about the series at:

Sign up to watch the series for free when it premieres on February 22 here:

Watch the video version of this episode on Changing of the Gods here:

A full transcript of this episode is available: Episode 338 transcript