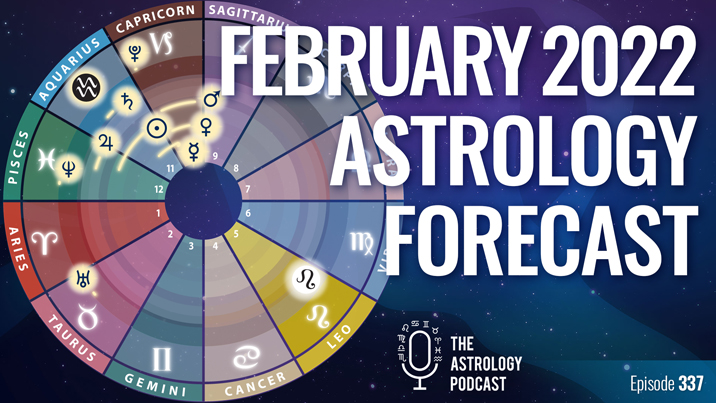 In episode 337 astrologers Chris Brennan, Austin Coppock, and special guest co-host Patrick Watson look ahead at the astrology of February 2022!

The astrology of February features a stellium of planets piling up in Capricorn, with Venus and Mercury stationing direct there, and Mars having recently ingressed into the sign.

Mid-month Mars will catch up to Venus and form a conjunction in Capricorn, and then later in the month the United States has the first of three exact Pluto returns.

The lunations this month include a New Moon in Aquarius and a Full Moon in Leo.

This episode is sponsored by Ephemeris, which creates custom birth chart necklaces:

Use the promo code ASTROLOGYPODCAST to get a 10% discount.

The most auspicious astrological date for February is:

For dates later in the year see our 2022 Year Ahead Electional Astrology Report!

Watch the video version of this episode on the astrology of February 2022:

A full transcript of this episode is available: Episode 337 transcript