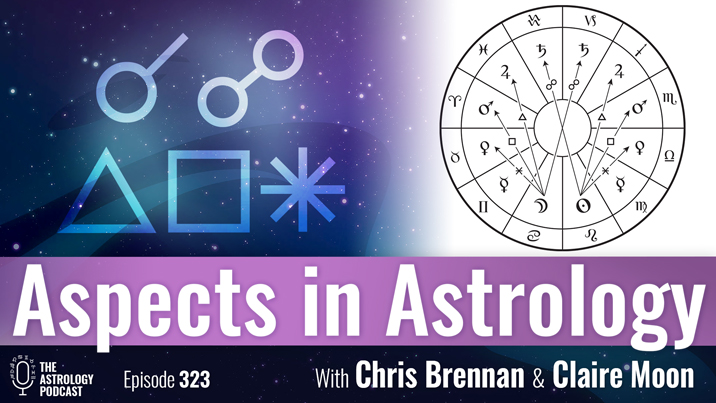 In episode 323 astrologers Chris Brennan and Claire Moon discuss the five major aspects in astrology, and explain what they mean in a birth chart.

Aspects are geometrical configurations which denote different types of relationships between planets, and they are the primary means through which planets interact with each other in a chart.

The five major aspects, also sometimes known as the Ptolemaic aspects, are the conjunction, opposition, trine, square, and sextile.

During the course of the episode we give an introduction to the topic of aspects and then get into what each of the them mean symbolically.

Watch the Video Version of This Episode on Aspects

Watch the video version of our discussion on the major aspects here: