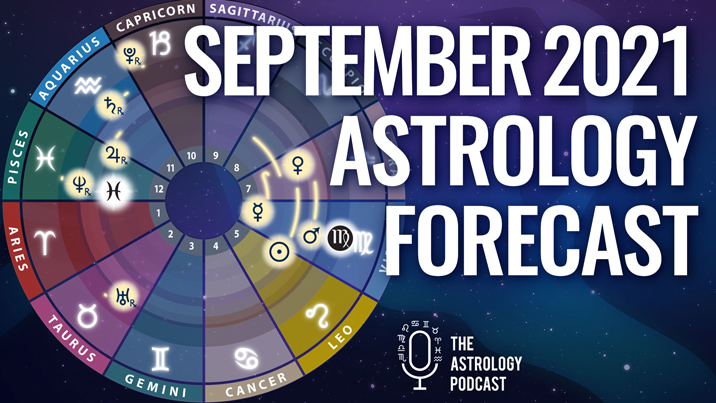 The astrology of September features Mercury stationing retrograde in Libra, a new Moon in Virgo and a Full Moon in Pisces, and ingresses of Venus into Scorpio and Mars into Libra.

Our sponsor this month is Archetypal Explorer, which is an online astrology program that allows you to visualize transits through colorful graphs:

Sign up today for a 7-day free trial of the program!

Here are the major astrology transits for September:

The most auspicious astrological date for September is:

There are several other charts for September that are available in our subscription electional astrology podcast.

Here is the video version of this episode on the September astrology forecast:

A full transcript of this episode is available: Episode 317 transcript