The Moon in Astrology: Meanings and Uses 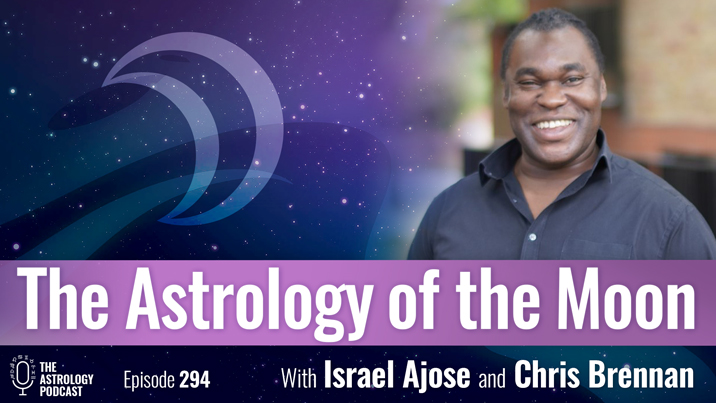 Episode 294 features a discussion with astrologer Israel Ajose about the meaning of the Moon in astrology, and some different techniques that incorporate the Moon in the western astrological tradition.

This is the first in a series of new episodes on the significations of each of the planets, and I decided to start with the Moon because it is the closest celestial body to Earth.

In order to ground the episode in the astrological tradition we read through several different passages from ancient and modern astrologers to see how they described the meaning of the Moon in astrology.

We then used this as a jumping off point for further discussions, and in order to look at some of the different techniques that use the Moon as their focal point in western astrology.

Israel Ajose is a practicing astrologer from the UK, and is the President of the Astrological Lodge of London, which is the oldest astrological society in the English-speaking world, having been founded in 1915 by Alan and Bessie Leo.

Israel previously appeared on episode 213 of The Astrology Podcast where I interviewed him about the Astrological Lodge in person while on a trip to Europe.

You can find out more about Israel on his website:

Here is the video version of this episode on the astrology of the Moon:

A full transcript of this episode is available: Episode 294 transcript