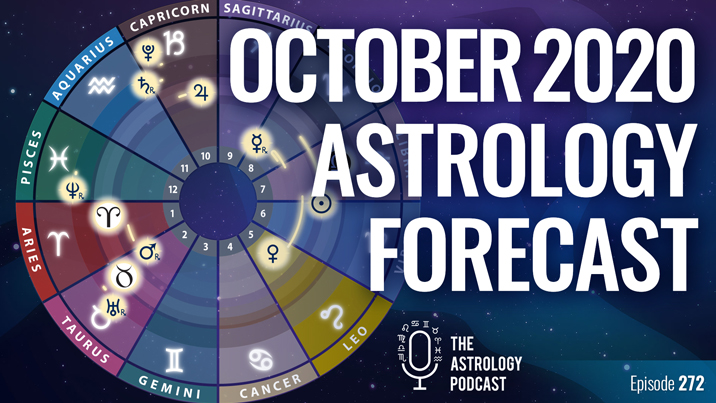 In episode 272 astrologers Kelly Surtees, Austin Coppock, and Chris Brennan look at the astrological forecast for October of 2020.

The forecast for October features Mars retrograde in Aries squaring Saturn, Pluto, and Jupiter, as well as a Mercury retrograde station opposite Uranus, and a Full Moon conjunct Uranus.

With all of the Uranus and Mercury retrograde signatures, our working title for this month is October Surprise.

Later in the episode we talk about some ambivalence surrounding the Jupiter-Saturn conjunction, community news, and how to deal with an untimed birth chart.

Our sponsor this month is the Honeycomb Collective Personal Astrological Almanac!

Honeycomb has just released version 2.1 of their popular almanac, which includes the official release of their Hellenistic plugin, a new asteroids plugin, and a new community artwork feature.

Find out more at Honeycomb.co

Astrological Alignments in October of 2020

Elections are kind of rough in October, and the best date we could find was:

There are a few other charts for October that we will present on our private subscriber-only electional astrology podcast.