The Astrology of Chiron, with Melanie Reinhart 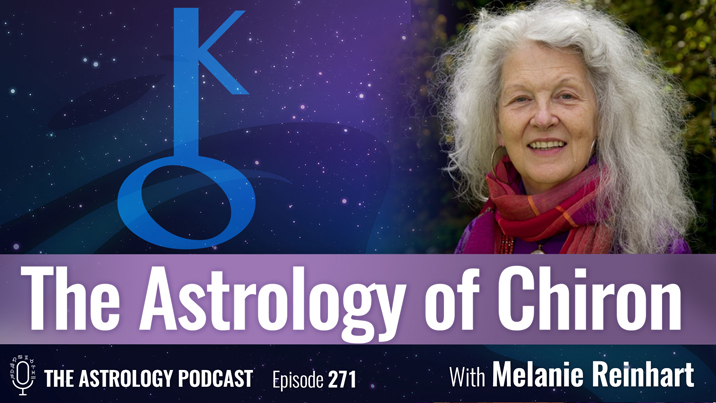 In episode 271 astrologer Melanie Reinhart joins the show to talk about her pioneering work on the minor planet Chiron in astrology.

Melanie is the author of the book Chiron and the Healing Journey, which was originally published in 1989, and is now in its fourth edition.

Chiron was discovered on November 1, 1977, and Melanie was one of a number of astrologers who soon after began researching its astrological meaning.

During the course of the interview we talk about Melanie’s background in astrology, the Greek myths surrounding Chiron, and how it shows up in people’s lives depending on where it is placed in the birth chart.

Below you will find the show notes, followed by links to recording.

Here is the video version of this episode with Melanie Reinhart on Chiron:

A full transcript of this episode is available: Episode 271 transcript