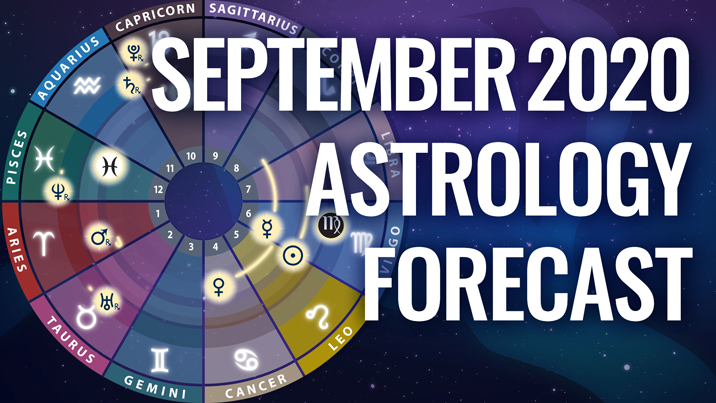 In episode 269 astrologers Kelly Surtees, Austin Coppock, and Chris Brennan look at the astrological forecast for September of 2020.

September is one of the more crucial and tense months that we identified back in our year-ahead forecast, due to Mars stationing retrograde in Aries and squaring Saturn, Jupiter, and Pluto in Capricorn.

This month will also see Jupiter and Saturn stationing direct in Capricorn, and beginning their final run through that sign between now and December.

We spend the first hour and a half talking about the astrology of September, and then transition into a discussion about other miscellaneous topics including the ominous significance of comet NEOWISE, the 2020 US presidential election, the birth chart of Kamala Harris, the sabotage of the US postal service, and Austin’s new kitten who has a timed birth chart.

Below you will find the show notes, followed by links to the recordings of the episode.

Our sponsor this month is Archetypal Explorer, which is an online astrology program for natal and mundane astrology.

The site features a suite of visual and interactive tools for studying astrological transits, and includes interpretations from Richard Tarnas’ book Cosmos and Psyche

Find out more information or sign up for a free trial at:

Our featured electional chart for this month is a Mercury in Virgo election:

We also presented a several other elections for September on our private subscriber-only podcast on auspicious elections.

We also recently discounted our full year-ahead electional astrology report for 2020, which highlights some auspicious charts later in the year.

Watch the Video Version of Our September Astrology Forecast

Here is the video version of our September astrology forecast episode: