What is the Birth Chart of the United States? 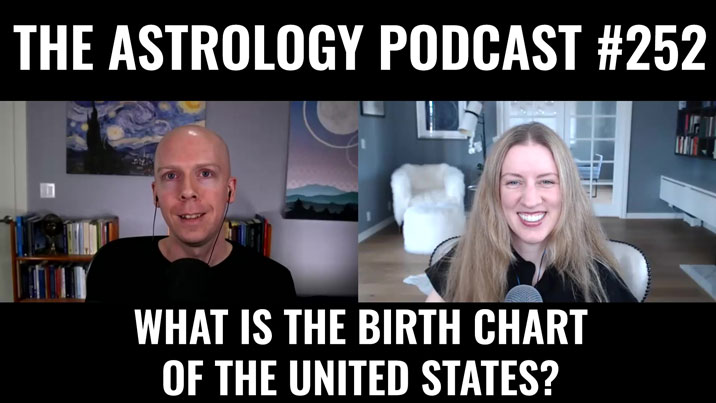 In episode 252 astrologer Nina Gryphon joins the show to talk about question of what is the correct birth chart for the United States, and to review some of the different possible charts that are available.

While this sounds like a simple question, there are actually a number of different birth dates and birth times that are possible candidates for the founding of the United States as country, and each of these options yield slightly or sometimes extremely different planetary placements.

The purpose of this episode was to provide a broad overview of the the issue, and to review some of the different charts that have been used or proposed by astrologers at different points in time.

Most of the research for this episode was compiled by Nina, and we also wanted to give a special shout-out to astrologer Gary Lorentzen for his contributions and advice (update 4/29/2020: see his article The Astrology of American Independence), as well as the AstroDatabank entry on the chart of the US, and Nicholas Campion’s Book of World Horoscopes.

For more information about Nina, check out her website:

Below you will find some of the show notes that we prepared as the outline for this discussion, followed by links to listen to the episode at the bottom of the page.

Here is the video version of this episode on the horoscope of the United States:

A full transcript of this episode is available: Episode 252 transcript