How Did Placidus Become the Most Popular House System? 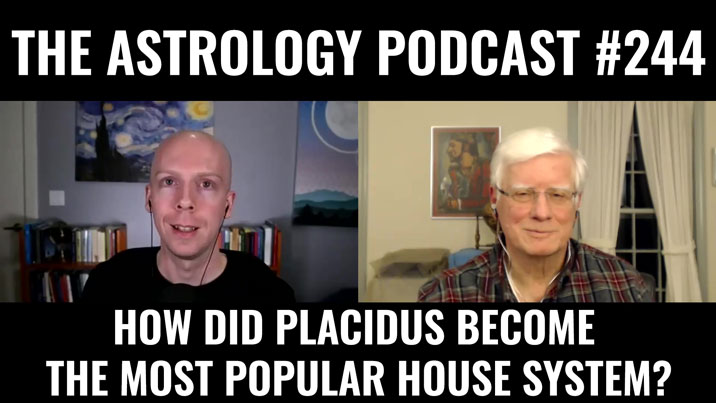 Episode 244 features an interview with Anthony Louis about the history of how Placidus became the most popular system of quadrant house division used in western astrology in modern times.

In late 20th and early 21st century astrology Placidus is the most popular house system, and it is usually the default house system in most software programs, which makes it the system that most people begin their studies of astrology with.

The question is: how did this come to be the case? Especially since there are other forms of quadrant house division that are available, such as Porphyry or Alcabitius houses, what led to the widespread acceptance of Placidus?

It turns out, the origins of the Placidus house system and its popularization lie in the 17th century, and it was partially based on an an attempt to reinterpret a controversial passage from the work of the 2nd century astrologer Claudius Ptolemy.

The genesis of this discussion was an article on Anthony’s blog titled Why are Placidus Houses so Popular?

Our goal here was to talk about some of the arguments outlined in that post, and go into some areas in greater detail, to understand the history of house division.

While our previous episode on the origins of the different forms of house division in ancient astrology covered the early history of house division, the purpose of this episode is to fill in some missing pieces about the later history from the Renaissance era forward into modern times.

You can find out more information about Anthony on his website:

Below you will find an extensive set of show notes that we used as the outline for our discussion.

This episode is available in both audio and video versions at the bottom of the page.

Here is part of the outline we created in preparation for this episode:

Here is the video version of our discussion about the history of Placidus houses:

A full transcript of this episode is available: Episode 244 transcript