The Asteroids in Astrology, with Demetra George 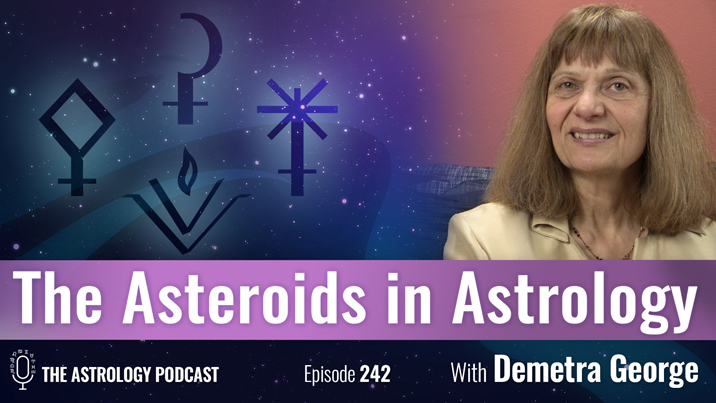 Episode 242 features an interview with astrologer Demetra George about her pioneering work on the asteroids in astrology, and why she feels they are interesting and important for astrologers to use.

Demetra published the book Asteroid Goddesses in 1986, which was one of the first works that established an approach for incorporating the asteroids into modern astrology, and this helped to popularize their use over the past three decades.

In her 2008 book Astrology and the Authentic Self she outlined a synthesis of modern and ancient astrology that showed how the asteroids could be incorporated into the framework of traditional astrology.

Previously we recorded a biographical episode about Demetra’s life, but our goal with this discussion was to provide a solid introduction to her work on the asteroids and why she thinks they are useful and important.

You can find out more information about Demetra on her website:

She has a number of audio recordings of lectures on the asteroids that she has given over the years, and also offers an asteroid personal report.

Here is the video version of our discussion about the asteroids:

A full transcript of this episode is available: Episode 242 transcript