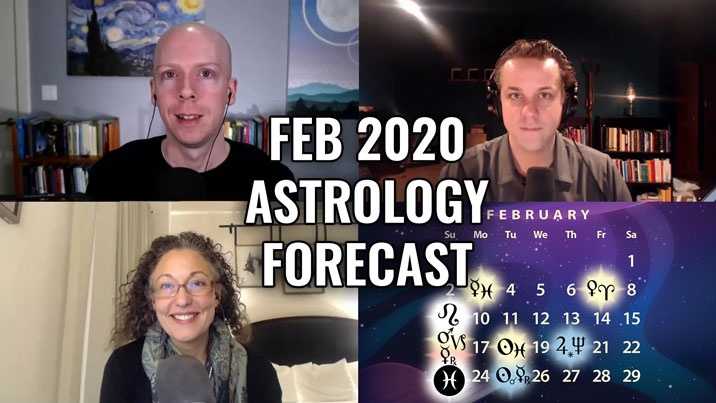 Episode 240 features astrologers Kelly Surtees, Austin Coppock, and Chris Brennan discussing the astrological forecast for the month of February of 2020.

The astrology of February features Mars moving into Capricorn mid-month, where it joins Jupiter, Saturn, and Pluto, and then Mercury stationing retrograde in Pisces conjunct Neptune around the same time.

We spend the first hour of the show talking about the astrology of February, and then transition into talking about some miscellaneous topics in the news, including:

The auspicious election for February that was chosen by Leisa Schaim is set for:

There are a three more electional charts that we found for February, which are available in our private subscriber-only podcast on auspicious elections that was just released a few days ago.

Watch the Video Version of Our February Astrology Forecast