The Picatrix: A Grimoire of Astrological Magic 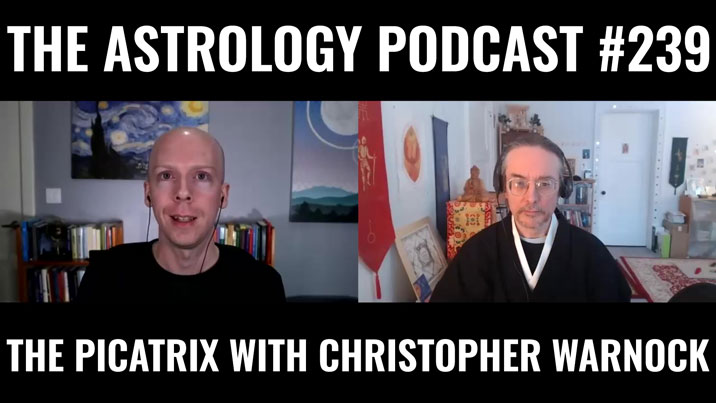 Episode 239 of the podcast features an interview with Christopher Warnock about a book known as the Picatrix, which is a 10th century text on astrological magic.

This is a sweeping two and a half hour discussion where we talk about the history and origins of the text, as well as its contents.

We also get into a lot of specific details surrounding the practice of astrological magic.

Christopher was involved in publishing one of the first modern translations of the text in 2009 with John Michael Greer:

I thought it would be fitting to have him on the show to talk about the Picatrix, especially given the recent surge in the popularity of astrological magic in recent years, which was discussed a recent episode with Austin Coppock on the relationship between astrology and magic.

You can find out more information about Christopher Warnock’s work on his website:

Here are some of the show notes compiled by Brennan before the interview:

Here is the video version of our discussion about the Picatrix:

A full transcript of this episode is available: Episode 239 transcript