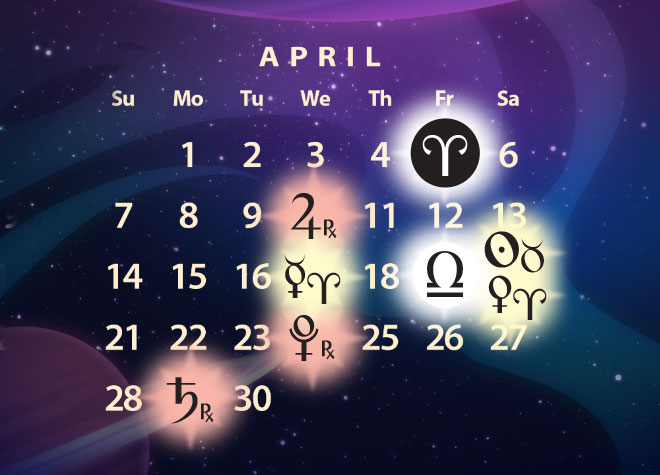 At the top of the show we spend just over an hour catching up, talking about Chris and Kelly relocating, the podcast reaching episode 200, astrological ethics, and other topics.

Below you will find the show notes, followed by links to play the audio or video versions of this episode.

The Astrology of April

Here are some of the major astrological alignments for April:

There are a few more electional charts that we found for April, which are available in our private subscriber-only podcast on auspicious elections that was released a few days ago.

We finished the pre-forecast banter and started talking about the astrology of April at around 1 hour and 8 minutes into the show.

Watch the Video Version of Our April Forecast

Here is the video version of our April astrology forecast episode:

Listen to the Audio Version of Our April Forecast