Elsbeth Ebertin and the Rise of Women in Astrology 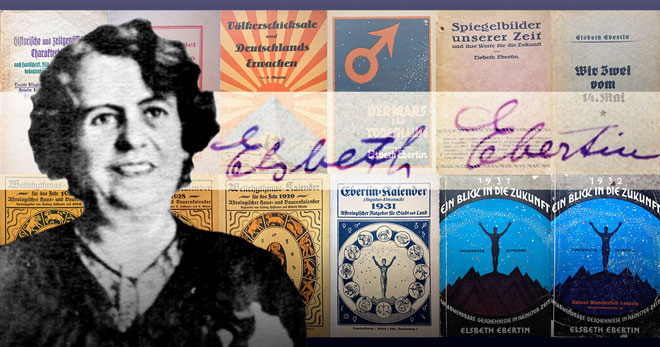 In episode 137 of the podcast Dr. Jenn Zahrt joins the show to talk about Elsbeth Ebertin, who was a famous German astrologer who lived in the early 20th century, and was one of the first prominent female astrologers in modern times.

During the course of the show we talk about Elsbeth’s life and work, and in particular the flourishing of astrology that occurred in Germany during the period between World War I and World War II.

You can find out more information Jenn’s work on her website JennZahrt.com.

A full transcript of this episode is available: Episode 137 transcript