Astrology Forecast and Election for December 2017 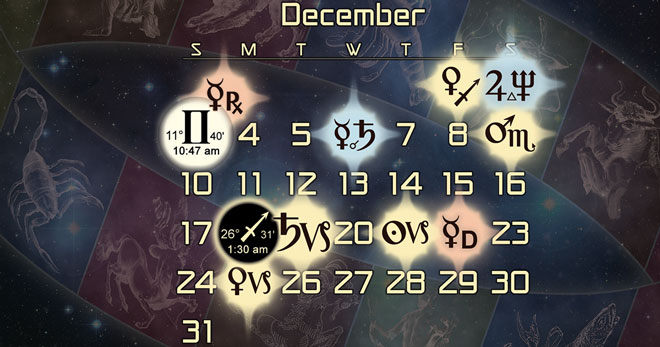 In episode 134 of the podcast astrologers Austin Coppock and Kelly Surtees join me to talk about the astrological forecast for December of 2017.

The astrology of December features a Mercury retrograde in Sagittarius that first stations in a conjunction with Saturn, Mars ingressing into Scorpio, and Saturn moving into Capricorn.

At the top of the show we discuss a recently debate about the validity of applying mundane transits to current events, as well as a separate discussion about the use of “should” questions in horary astrology.

Towards the end of the episode we highlight the most auspicious electional chart for December, which is a Scorpio rising chart with Mars in Scorpio conjoining Jupiter.

Here is the primary auspicious electional chart that we highlighted for November, which was picked out by electional astrologer Leisa Schaim:

There are four more electional charts that we found for December, which we presented in our private subscriber-only podcast on auspicious elections that was released a few days ago.

In this month’s episode of the Auspicious Elections podcast we also answered some questions from listeners about electional astrology, and how to use some of these elections in practice.