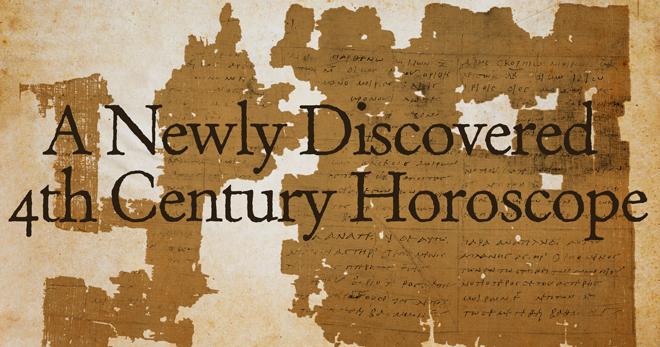 Episode 129 of the podcast features an interview with Dorian Greenbaum about the recent discovery of a new horoscope from Egypt that dates to the 4th century CE.

In September of 2017 Dorian Greenbaum and Alexander Jones published a paper on the discovery through the Institute for the Study of the Ancient World, titled P.Berl. 9825: An elaborate horoscope for 319 CE and its significance for Greek astronomical and astrological practice.

The chart contains a number of interesting and unique features, such as zodiacal subdivisions and lots, which we discuss during the course of the interview.

A full transcript of this episode is available: Episode 129 transcript