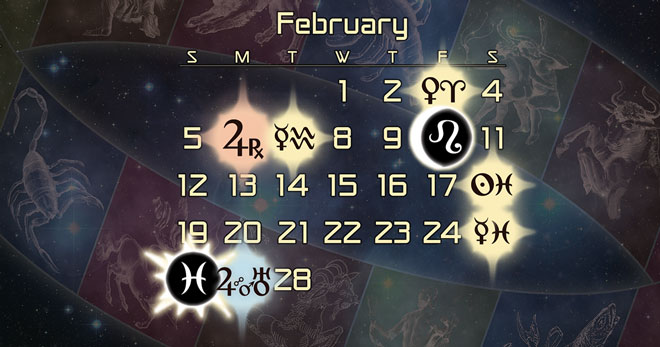 In episode 96 of the podcast Austin Coppock joins the show to talk about the major upcoming astrological alignments in February of 2017.

February features a lunar eclipse in Leo, a solar eclipse in Pisces, and an exact Jupiter-Uranus opposition with Mars conjunct Uranus at the same time.

Kelly is away on vacation and decided to take this month off, so it was just me and Austin talking for about two and a half hours. The first hour or so is just catching up on news since our last episode was recorded in mid-December, which largely had to do with stuff in the world of politics. If you are sick of political stuff and just want to skip straight to the forecast then jump to about an hour and eight minutes into the recording.

At the top of the show I note that we have two sponsors this month, and on episode 98 we will be giving away a couple of prizes to two lucky patrons of the show.

For more information about the giveaway and how to enter for a chance to win see the giveaway description page.

The auspicious election that we are highlighting for this month takes place:

The other three elections for February will be presented in  our 45-minute auspicious elections episode, which is available to Patrons of the show who sign up for the $5 or $10 tier. If you would like to get access to that then you can sign up on our page on Patreon.