Richard Tarnas on Cosmos and Psyche 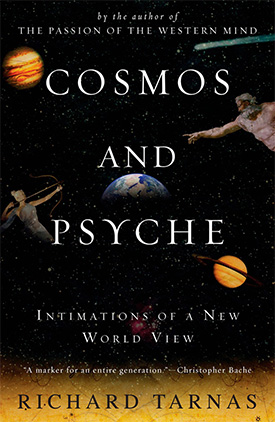 Episode 84 features an interview with Richard Tarnas about his book Cosmos and Psyche.

This landmark book was released a decade ago, in 2006, and the purpose of this episode is to give an overview of the book, talk a bit about what went into writing it, as well as discuss some developments that have taken place in the past ten years since it came out.

In particular we talk about the specific approach to astrology that has developed around the foundation that Tarnas laid with the publication of Cosmos and Psyche, which is called archetypal astrology.

You can find out more information about Richard’s work at CosmosAndPsyche.com.

Below you will find an extended set of show notes, which provides a synopsis of some of the points that we talked about, followed by links to download or stream the audio recording of this episode at the bottom of the page.

The podcast is sponsored this month by two astrology software companies, and we will be giving away free copies of their programs to patrons of the show at the end of the month.

The giveaway prizes include a free one year subscription to the new online astrology program for archetypal astrology called Archetypal Explorer, as well as a copy of another popular astrology software program called Solar Fire.

For more details about these programs or information about how to enter the drawing please see the giveaway description page for July.

Most of what follows is the outline that I prepared prior to the interview, largely while re-reading Cosmos and Psyche and taking some notes in order to summarize certain points or provide a synopsis. I’m going to include most of it below even though we weren’t able to touch on every point since it might be useful for listeners who like having a written summary to go along with the audio discussion.

We ran into some issues with time, so we didn’t necessarily get to every point listed in the outline. We touched on most of the points listed below in roughly chronological order.

A full transcript of this episode is available here: Episode 84 transcript