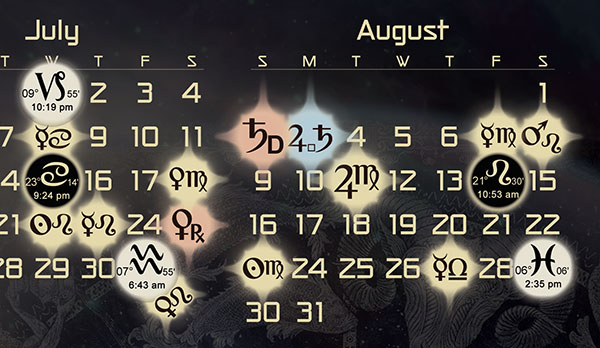 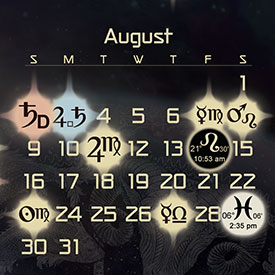 Kelly Surtees and Austin Coppock join the show to provide a look ahead at the major astrological alignments in August of 2015.

We cover the Venus retrograde in Virgo/Leo, Saturn stationing direct in Scorpio, Jupiter making its ingress into Virgo, and more.

We also highlight several auspicious dates that occur during the course of the month using the principles of electional astrology.

In particular we focus on a series of Leo and Virgo rising electional charts, since the Sun and Mercury are in their own signs at different times over the next few weeks.