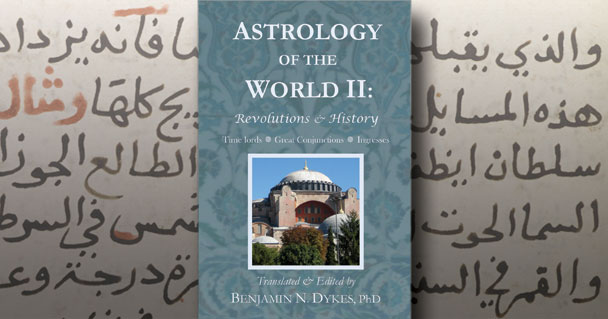 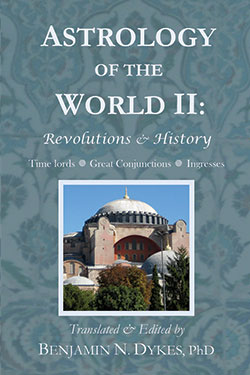 In this episode Benjamin Dykes joins to show to talk about his two recent books on mundane astrology, and some of the different techniques that ancient astrologers used to predict world events.

Our discussion is based on Ben’s recent publication of a compilation of different Medieval works on mundane astrology that he translated in two volumes titled Astrology of the World.

The books contains translations of some of the principle texts on mundane astrology from Arabic, Latin, and Greek authors.

During the course of the show we talk about the theory and practice of mundane astrology in traditional sources, as well as how some of those techniques can be used today to study world events and make predictions.

A full transcript of this episode is available: Episode 36 transcript