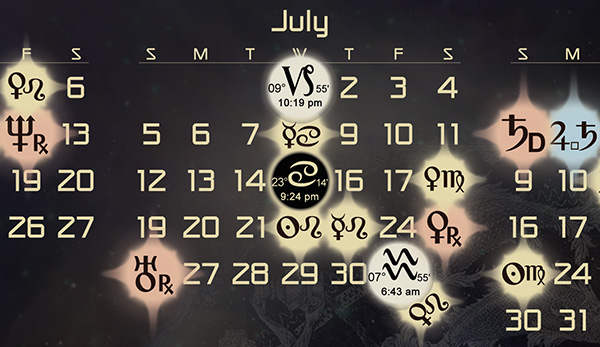 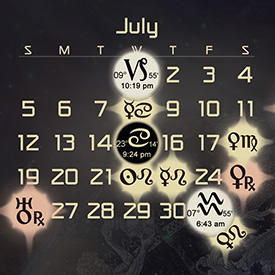 In this episode astrologers Kelly Surtees and Austin Coppock join the podcast to talk about the major astrological alignments in July of 2015.

We also discuss some auspicious dates for beginning different types of ventures, according to the rules of electional astrology.

This is the second time that Kelly and I have done a monthly forecast episode together, and the feedback on the last one was so positive that we plan to keep experimenting with it.

This episode is unique because it is the first time that we have had a discussion between three astrologers on the show at the same time, which is also somewhat experimental, although it seemed to work out well.

Mercury on the Move